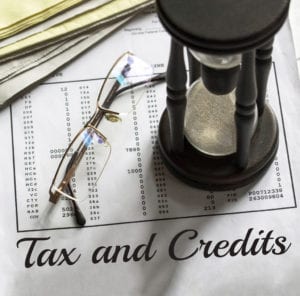 First, the bad news: you can’t deduct home improvement costs from your federal taxes at the end of the year. As far as the IRS is concerned, home improvements include anything that adds to the value of your home or increases its usefulness. Improvements are considered distinct from repairs, which can be deducted.

Now for the good news: you may still be able to find ways to use your home improvements to give you some tax benefits, if they meet certain criteria.

Below are a few examples of tax credits or deductions you can earn by improving your home.

If you’re making renovations to your home for medically necessary reasons, such as installing a wheelchair ramp or adding handrails, you can claim them as medical expenses on your federal taxes. You’ll need to provide documentation proving that a medical doctor recommended the improvements, as well as any paperwork provided by the company performing the improvements.

Though most federal tax credits for energy-efficient improvements expired at the end of 2016, there was one that was extended to 2019 – solar energy credits. Solar panels and solar hot water systems can earn you 30% of the cost to purchase and install them.

In addition, many states provide tax incentives for energy efficiency. These typically come in the form of sales or property tax exemptions. For instance, Minnesota provides rebates and tax credits for some energy efficient window and door replacements, and Maryland waives sales tax on certain Energy Star appliances.

If you have a space in your house that is used exclusively for business, you can deduct some of your renovation costs. However, this doesn’t come in the form of one big tax write-off at the end of the year. Instead, you depreciate the improvements.

What does depreciation mean, for tax purposes? It’s fairly simple: if something is built to be used over a long period, like 20 years, then you’ll deduct a percentage of the cost for each of those 20 years. Depreciation begins the first month that the renovated space is usable, and ends whenever you stop using that space, even if you haven’t recovered the entire cost or it hasn’t been 20 years.

You can also use depreciation on improvements made to rental properties, as those qualify as a business.

4. When You Sell Your Home

If you haven’t used any of the above to deduct tax money for home improvements, you can use those costs to lessen your tax penalty when you sell your home. This is because renovations add to the “basis” of your home, meaning the overall amount you paid for it.

The only exceptions will be if you’ve claimed any of the above benefits, if you’ve received subsidies from utility companies for energy-efficient improvements, or if you received a tax credit for first-time homebuyers. If any of those things apply, you’ll want to work with a tax professional to determine what your actual basis and tax liability will be.

To take advantage of this tax benefit, you need to keep records of all renovations you’ve made while owning your home. These improvements must also still be part of the house when you sell it – so you can’t deduct the cost of something you added and then later removed.